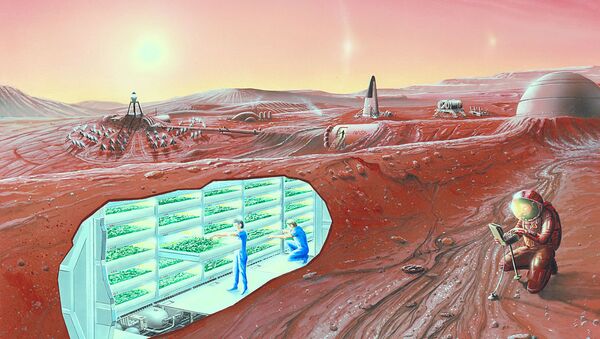 The Martian environment isn’t currently understood with any sort of detailed sophistication, which could pose threats to human missions to Mars, according to Catharine Conley, NASA’s planetary protection officer. For example, "bleach flying in the dust in Mars" could potentially be a human health hazard, Conley said in an interview with Space.com.

"The benefit of having humans in space is that they’re much more flexible than robots, but they could contaminate Mars with Earth life," she said.

But astronauts will need to ensure that alien microbes are not brought back to earth where they might spread like wildfire. Just as important, though, is making sure microbes living in human environments don’t contaminate other worlds, either.

Maintaining the scientific integrity of celestial samples from destinations like Mars will be vital to learning more about how the solar system formed—and perhaps even about the origin and evolution of life on Earth—leading NASA to release a report detailing 25 planetary protection knowledge gaps.

The report details three primary areas where these gaps occur: The intersection of space-based microbes and human health, how contaminants traverse on Mars and from missions between Mars and Earth, and tools for controlling possible contaminations.

"The capabilities we are developing for people for the Asteroid Redirect Mission are good testbeds for ones we can develop for Mars," Conley said.