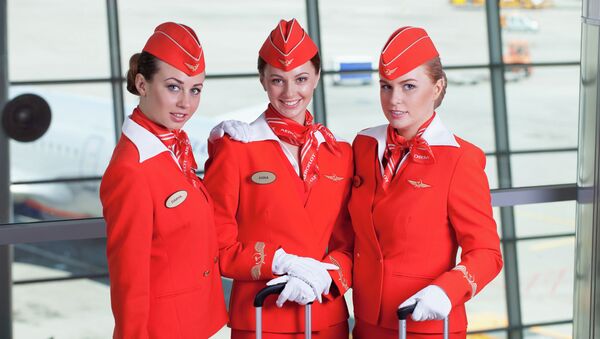 On November 25, Moscow hosted the final of the national beauty pageant for flight attendants from across the country.

To reach the finale, contestants had to perform several professional tasks, for example, to demonstrate their actions in extreme situations and demonstrate their skills in service organization on board the aircraft. In the final stage of the contest, the ladies had to tell the jury about themselves, their work and perform a talent on stage.

Anna Gurina, a representative of NordStar Airlines from Krasnoyarsk, took the crown in the "Civil aviation" category, while Inga Kavun from Volgograd was recognized the best among the business aviation participants.

In 2016, 1,500 flight attendants applied for participation in the competition, 80 of which got through to the semi-final and only 28 stewardesses reached the final.