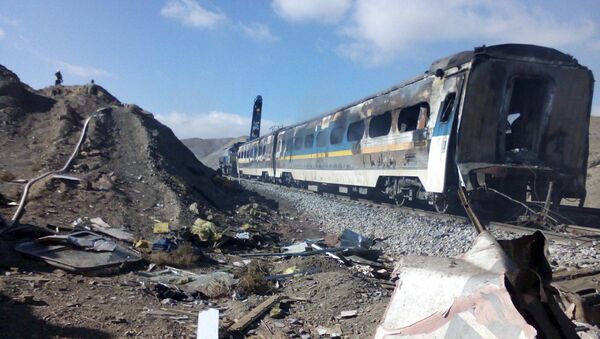 The Russian president offered condolences to his Iranian counterpart on the train crash in northern Iran.

"Vladimir Putin expressed his condolences on the train disaster in the Iranian province of Semnan on November 25 that killed many people," the Kremlin press office said in a statement.

During the phone call, Vladimir Putin and Hassan Rouhani discussed urgent issues of bilateral ties. They focused on progress made in trade and economic relations since they last met in Azerbaijan in early August.

The presidents agreed Russia and Iran should work closer together to shore up the rising trade flows, which surged by 80 percent to $1.6 billion in the past nine months.