European Union 'Lacking Strategic Vision of Its Own Destiny' 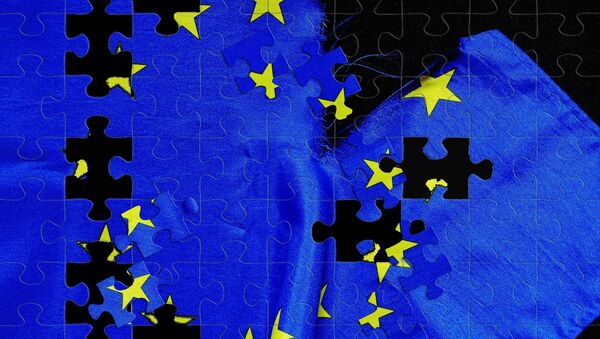 © Photo : Pixabay
Subscribe
The European Union should focus on resolving domestic challenges instead of trying to play a more active global role taking into account that Brussels does not have a long-term vision of Europe's future, Dimitris Rapidis, political and communications advisor on foreign affairs for the governing Greek party Syriza, told Radio Sputnik.

"The European Union lacks a strategic vision of its own destiny," he said. "I believe that [Jean-Claude] Juncker and the European Commission should focus more on and invest more into dealing with pending European issues and then try to organize the world."

Rapidis was commenting on remarks made by European Commission President Jean-Claude Juncker. Last week, the Luxembourgish politician said that he and other policymakers in the EU have to deal with "loathsome" regimes and "dictators" since "we have to co-organize the world."

"The European Union has to reorganize its own world, its own domestic affairs," he noted, citing the "increasing appeal of the far-right parties in Germany, Austria, France and Greece," as an example of domestic challenges the bloc has to deal with.

Rapidis further said that Juncker's interview was "a confession of a defeat and the lack of a strategic policy plan for the European Commission" since the EU's executive body is currently not on good terms with Turkey and Russia.

The European Commission "cannot manage its own issues and specifically with regard to the refugees it has done almost nothing to implement" the deal with Turkey leaving Italy and Greece to cope with the refugees on their own, the advisor said. He placed the blame for the deal's slow progress on Brussels, saying that it "has not delivered" on what it promised.

Rapidis also noted that despite issues beyond its control "the Greek government should be more active and efficient in accommodating refugees."