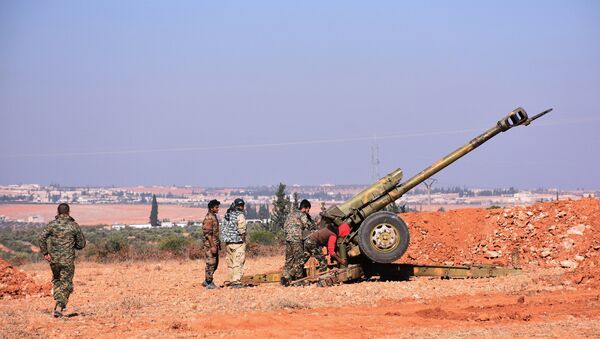 © AFP 2022 / GEORGE OURFALIAN
Subscribe
Commenting on the slow progress in the military operation to liberate the Syrian city of Aleppo from Daesh militants, Russian political analysts have suggested why it is not going to be retaken at least within the three upcoming months.

"Until the inauguration of US President-Elect Donald Trump, Russia is going to limit the activity of its Aerospace Forces in Syria, thus Aleppo is not going to be liberated within the three upcoming months," Shamil Sultanov, President of the Center for Strategic Studies "Russia and the Islamic World" said at a roundtable discussion on the resumption of the operation of the Russian Aerospace Forces in Syria and the prospects of the settlement of the Syrian crisis at RIA Novosti.

According to the political analyst, all the parties to the conflict will be waiting until the inauguration of Donald Trump, which is scheduled for January 20, 2017, and will resume the military operations after they understand the policies of the new US administration. 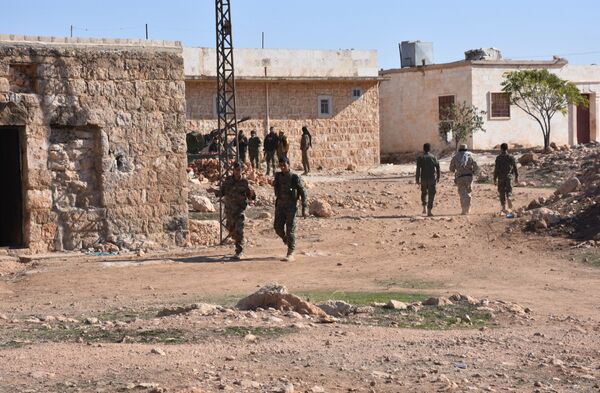 Fighter from the Syrian pro-government forces patrol in the recently recaptured village of Joubah during an offensive advancing towards the area of Al-Bab in Aleppo province, on November 25, 2016
© AFP 2022 / GEORGE OURFALIAN

"Until then, Russia is going to limit the activity of its Aerospace Forces in order not to damage the potential dynamics of the relationship with Trump," he therefore suggested.

Meanwhile another Russian expert, Colonel-General Leonid Ivashov, the President of the Academy of Geopolitical Studies and former head of the main department of international military cooperation of the Russian Defense Ministry (1996-2001) said that the Syrian city has not been liberated because of the interference of US Secretary of State John Kerry.

"I think that the interference of US Secretary of State John Kerry has halted the liberation of the Syrian city," he said during the same discussion.

"When the plan of the multidimensional operation was laid out, he called with a request to postpone it," he further explained.

Why Chances for Russia-US Consensus on Syria are 'At All-Time High'
However the expert said that the Russian military should operate in Syria in accordance with "Russia's policy and not get distracted by any humanitarian pauses."

"The military aspects of the operation should be a priority, because what we are witnessing right now is that the so-called "moderate" opposition, as well as the non-moderates do not agree to any terms. They are just trying to win time to strengthen their defense, to replenish their armaments and to reinforce their personnel," he said.

Meanwhile reports from the area say that the fighting in Aleppo has recently intensified. The Syrian army has retaken control over another important district in rebel-held eastern Aleppo.

Syria's Army Takes Control of Key Aleppo District Paving Way for East of City
Government forces have advanced with a ground and air assault on the edge of the besieged eastern half of the city.

The army has issued a statement saying that it had, alongside its allies, taken full control over the Hanano housing district, which is on the northeast frontline of the eastern sector.

"Engineering teams are removing mines and improvised explosive devices planted by terrorists in the squares and streets," the statement said.

According to UN estimates, at least 250,000 people are currently under siege in the city.

Capturing all of Aleppo would be a major victory for Syrian President Bashar al-Assad.