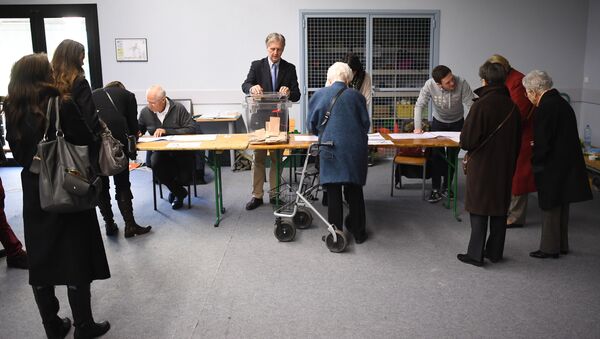 About 1.27 million of people on Sunday have already participated in the ongoing second round of The Republicans party primaries, local media reported.

French Republican Candidates Fillon, Juppe to Contest in Final Primaries Sunday
PARIS (Sputnik) – Some 1.27 million people have participated in the ongoing round of primary election by noon and the voter turnout has already reached about 67 percent, the BFMTV broadcaster reported citing Thierry Solere, an official responsible for the process of primaries.

According to the media outlet, the voter turnout is by 10-15 percent higher compared with the first round.

On November 20, Francois Fillon and Alain Juppe won in the first round of The Republicans primaries with the former securing 44 percent of center-right voters while the latter, long thought to be the front runner, ended with just 28 percent.