Israel Arrests 24 for Arson as Fires Rage On 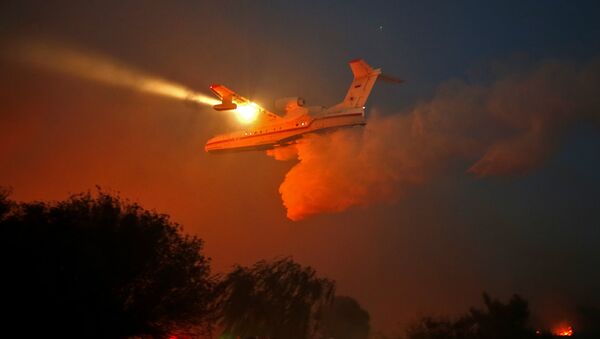 Israel is holding 24 people in connection with the fires raging across the country.

Eighteen of those currently being held are Arab-Israelis, and two have confessed to setting fires. A total of 37 individuals have been arrested since November 24, with 13 released so far. The Times of Israel reports that 15 Palestinians have been arrested by the Israel Defense Forces and Shin Bet security service for suspected involvement in the fires.

Five cases of suspected incitement on Facebook are also being investigated.

"This is twice the usual number," Ran Sheluf, head of the investigation unit of the Israel fire and rescue services, told CNN. "The cause of the fires is either negligence or being started deliberately."

Israel has requested and accepted help from a number of nations as it battles the blazes, and Palestinian and Israeli fire crews have been working side by side to extinguish fires near Jerusalem and in northern Israel.

Prime Minister of Israel Benjamin Netanyahu has called any fire started deliberately an act of terror.

Foreign Planes Arrive in Israel to Help Beat Back Wildfires

"If setting the fire was deliberate it is definitely terror," Police chief Roni Alsheich said during a November 27 visit to the West Bank settlement of Halamish, where a fire destroyed 18 homes over the weekend.

"By the way, that is nothing new, there have been arson incidents in the past. The concentration of a relatively large number of days, and the number of incidents and the weather conditions, brought about these results but there is nothing new and there were incidents like this in the past," he said, the Times of Israel reported.

He also said Israel had "good tools for dealing with terror" that the country had not yet employed, but would use if necessary.

Defense Minister Avigdor Liberman said November 27 there was "proof" already that 17 of 110 recorded wildfires were the result of arson, and that other incidents are under investigation.