Krugman on US Manufacturing: No Policy ‘Will Bring Back Those Lost Jobs’ 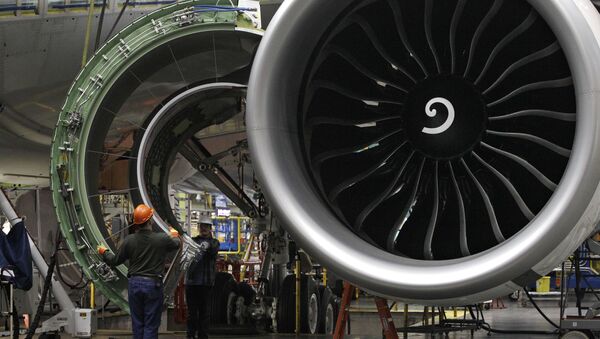 © AP Photo / Elaine Thompson
Subscribe
International
India
Africa
Paul Krugman, the Nobel-Prize-winning economist and New York Times columnist, tweeted Friday that there is no way to bring back manufacturing jobs to the US that have moved overseas or been replaced by machines.

Krugman observed that President-elect Donald Trump's promise to revive manufacturing jobs in the US is an empty gesture. The economist stated that the manufacturing sector in the US has not added jobs to the labor market in many years, and there are no signs to show that the trend will change.

"The story of US manufacturing is basically one of high productivity growth allowing demand to be met with ever fewer workers," Krugman posted.

He pointed out that the decline in manufacturing jobs in the US is, in part, due to automation, which boosts output, and not offshore outsourcing, as Trump stated earlier.

The President-elect claimed that trade with China and Mexico killed America's middle class, and he blamed China for wiping out large portions of American blue collar jobs with cheap labor.

US Housing, Trade Data Might Boost Q3 GDP Amid Manufacturing Drag
However, some years after entering into trade deregulation agreements in 1994, manufacturing jobs in the US saw an increase. Only after 2000 were around 5 million jobs lost.

According to Krugman, efficient machines have replaced many manufacturing jobs and, even if large-scale manufacturing was reinstated in the US, those plants would be primarily automated.

"Nothing policy can do will bring back those lost jobs," Krugman tweeted.

The Nobel-prize-winning author asserted that, for the US at least, seeking to bring back lost jobs, instead of pivoting toward a service economy, is a failed idea.

"The service sector is the future of work; but nobody wants to hear it," Krugman asserted.