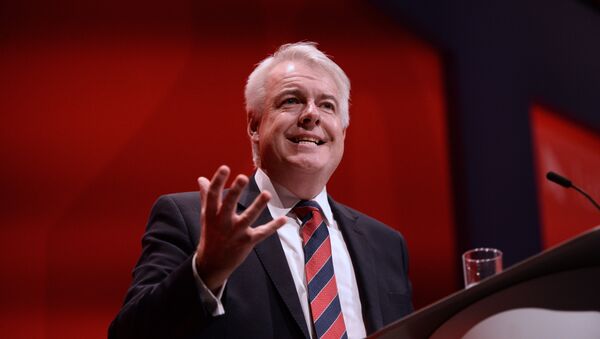 Full English Brexit: Welsh Tory Leader Gets Eggs on Face Over Speech Gaffe
MOSCOW (Sputnik) — The Welsh cabinet will not be "puppets" of the UK government during the Brexit negotiations, and would defend Wales' interests, First Minister Carwyn Jones said on Friday.

Earlier in the day, Jones hosted the British-Irish Council (BIC), which brought together the ministers from the UK and Irish governments, as well as officials from the Isle of Man and the Channel Islands. Following the meeting, the BIC statement read that both Wales and Scotland stood for a single market as well as the "end of uncertainty" from the part of the UK government.

"We're not going to fall in with whatever they tell us… there has to be a proper discussion, and I will defend Wales' interests, people would expect me to do that… We're not puppets," Jones told BBC Wales.

Welsh Gov't to Do Utmost to Replace EU Funding After Brexit - Official
He said that he was not planning to start a "row" and was in favor of going into the negotiations "constructively."

The UK government has no plans to reveal its negotiating positions on Brexit before the talks with the European Union take place.