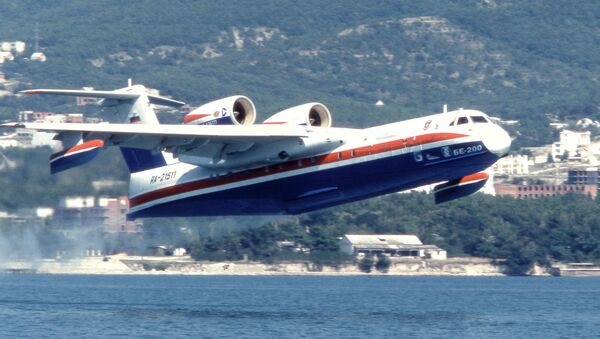 Russian Ministry for Civil Defense, Emergencies and Elimination of Consequences of Natural Disasters said that Two Russian amphibious Beriev Be-200 firefighting aircraft arrived in Israel on Friday to assist in fighting wildfires.

"In the near future Russian pilots will begin to extinguish the fire. We are carrying out preparatory work," the Russian Ministry of Emergency Situations said.

The largest fires are recorded near Jerusalem, Haifa, Hadera and Zichron Yaakov. Evacuations have been carried out in the area of ​​Zichron Yaakov, after fires engulfed dozens of homes on Tuesday.

On Thursday, Israeli Prime Minister Benjamin Netanyahu requested help in fighting the wildfires from a number of international leaders, including Russian President Vladimir Putin. In the course of their phone conversation, Putin pledged to send special aircraft and the required equipment to the area.

Greece and Cyprus have already sent their aircraft to assist Israel in the fight against wildfires.

These are the worst fires in Israel since 2010. Back then, Russia's EMERCOM also assisted in extinguishing the fires.