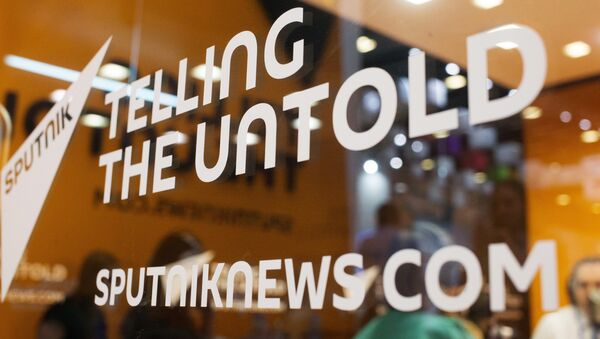 “Of course, it is absolutely incompatible [with freedom of speech and press],” Gellermann said.

From his point of view, the attack on Russian media was caused by decreasing people’s confidence in European mainstream media.

“The only good thing here is that nobody believes in that,” he said.

The journalist added that banning Russian media such as RT broadcaster and Sputnik news agency could spark protests.

“That is in contradiction with the [German] constitution! That is prohibited! In our country everybody can express his point of view in oral and written form or with the help of fine arts and it [the constitution] does not say ‘except Russians',” Gellermann added.

'1984': EU Resolution on Russian Media First Step Toward 'Total Censorship'
The EU parliament's resolution said that Sputnik and RT posed a danger to European unity and called for extra European Commission funding for counter-propaganda projects. It also draws parallel between Russian media and the propaganda disseminated by Daesh, a jihadist group outlawed in Russia.