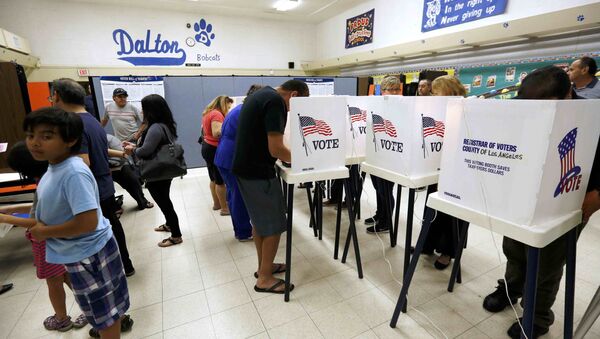 © REUTERS / Mario Anzuoni
Subscribe
International
India
Africa
A recount of presidential ballots in three US states where President-elect Donald Trump won by narrow margins is unlikely to alter the outcome because a recount could expose fraudulent votes by non-US citizens, according to conservative activist Gregg Phillips.

"Remember a recount is just that," Phillips said in a tweet on Friday. "Findings go both ways. They are not changing any votes. Don't worry… DJT [Donald J. Trump] won."

Earlier this month, Phillips claimed in a series of tweets that his organization, votefraud.org, had found at least 2 million and as many as 3 million non-US citizens by examining a database of 180 million voter registrations.

Phillips’ charges have circulated on a number of conservative news websites.

However, Phillips has yet to disclose the methodology behind his conclusions, prompting skepticism among US corporate mainstream media, which has not reported the allegations.

Ex-Presidential Candidate Jill Stein Pushes for Vote Recount in US Swing States
Mainstream news outlets are especially cautious amid charges by Democratic Party activists that fake news reports on social-media sites such as Facebook and Twitter may have contributed to Trump’s surprise victory over Democratic nominee Hillary Clinton.

However, numerous critics have pointed out that biased coverage by the mainstream media during the 2016 election has been unprecedented in scale and intensity, and has further prompted a significant portion of the US public to seek news on alternative and independent sites.

At a press conference in the Wisconsin city of Milwaukee on Friday, the Green Party announced that a recount in that state could begin as early as Monday.