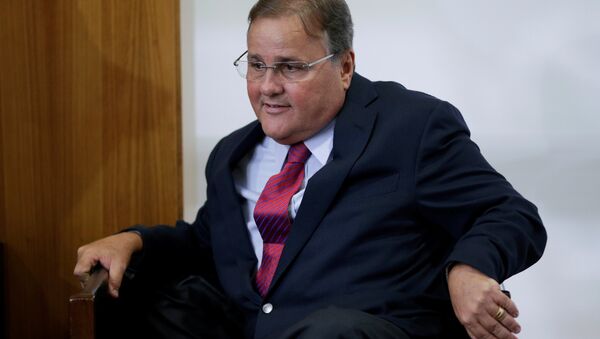 Brazil's President Faces Allegations of Influence-Peddling
MOSCOW (Sputnik) – Former Culture Minister Marcelo Calero, who resigned last week, reportedly told the police that both the president and the secretary had pressured him to overturn his rejection of plans for the construction of the building. The president has denied the allegations, but admitted speaking to Calero about the matter.

"The criticism against me has grown. In Salvador, I see the suffering of my family. Those who know me know that it is the limit of pain that I can withstand. It is time to leave," Geddel Vieira Lima said in a letter to Temer.

Temer came to power earlier this year, after former President Dilma Rousseff was impeached over allegations of manipulating the budget, which she has denied. Earlier in November, Rousseff accused Temer of taking a large bribe.