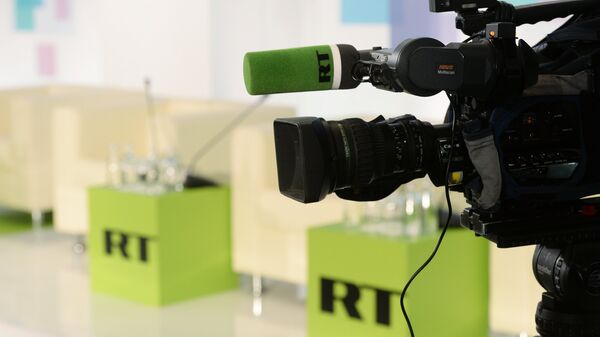 The European Parliament denied Russian media a fair chance to defend themselves against accusations of spreading propaganda, which is against freedom of expression, the head of the International Federation of Journalists (IFJ) said Thursday.

EU Resolution on Sputnik, RT: 'Media Siege Formulated by the United States'
MOSCOW (Sputnik) — The European Parliament voted on a resolution on Wednesday that compared Russian media to Daesh propaganda. As many as 304 voted in favor the document, 179 voted against and 208 abstained. With a total of 691 officials taking part in the vote, less than half supported the resolution.

"In my opinion, those media should have been given a chance to defend themselves in front of the European Parliament against such an accusation, it seems that opportunity wasn't offered to them," IFJ President Philippe Leruth wrote in a reply to Sputnik news agency’s editor-in-chief Margarita Simonyan.