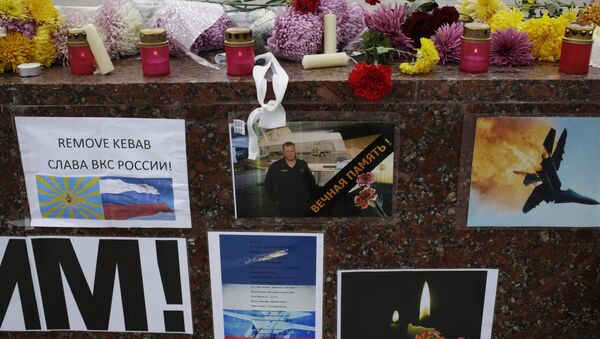 'Important Partner': Turkey Takes Out Terrorists in Syria With Russia's Support
In an interview with Sputnik's Turkish edition, Ali Galip Savasir, chairman of the Eurasia Committee of Turkey's World Business Council, said that Ankara downing a Russian Su-24 bomber in November 2015 was a well-planned move aimed at severing bilateral ties.

On November 24, 2015, Turkey's warplane shot downed a Russian Su-24 aircraft, which was on an anti-terror mission over Syria, in what finally led to a freeze in ties between Moscow and Ankara.

"As a former security agent, I can safely say that this tragedy was not accidental and that it was artificially provoked by those forces who were dissatisfied with Russia-Turkey cooperation. It was a well-planned and well-thought out step, the purpose of which was to destroy Russian-Turkish relations. Luckily, that major scenario was never fulfilled," Ali Galip Savasir said.

He added that he has "two homelands: Turkey and Russia" and that he hopes that such tragic events will never repeat in the history of relations between "our fraternal countries." 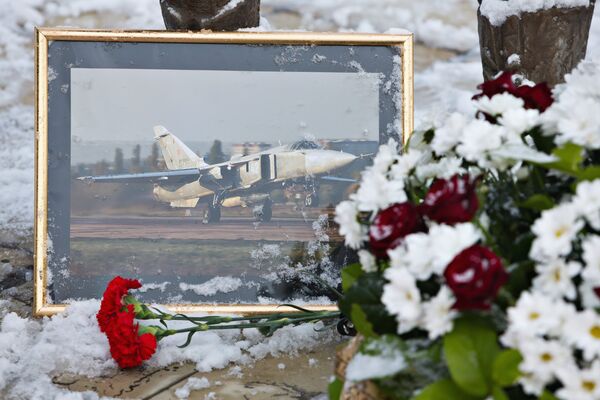 Flowers laid at the monument to pilots in the center of Lipetsk in memory of Lieutenant Colonel Oleg Peshkov of the Lipetsk Air Force Center, the commander of the downed bomber Su-24. File photo
© Sputnik / Jurij Sorokin
/
Go to the photo bank

"Once this tragedy occurred, I said that Ankara is to blame and that it should immediately apologize because Russia and Turkey are neighboring countries which develop friendly ties," he said, extending his "deepest sorrow and condolences to the Russian people, as well as the family and friends of the late pilot."

For his part, Mazhar Bagli, former Turkish MP and member of the ruling Justice and Development Party, told Sputnik that it is too early to speak about who was behind the downing of the Russian warplane and that the main thing now is to continue boosting Russian-Turkish strategic relations.

"Strengthening the bilateral strategic partnership is an important and very valuable process. However, this partnership needs an institutional identification, and we need to develop joint long-term plans, especially related to the Middle East region," he said.

Bagli added that it is a good thing when the Presidents of Russia and Turkey "get along very well with each other," but that such cooperation should be institutionalized in order to give a further impetus to bilateral ties.

The downing of the Russian bomber triggered a crisis in relations between Moscow and Ankara.

Turkey Seeks Cooperation With 'Friendly' and 'Reliable' Russia, Rather Than West
Moscow decreased its level of cooperation with Turkey, froze joint projects, banned the import of some Turkish goods, suspended the work of some Turkish organizations in Russia and canceled all chartered flights between the countries.

In late June 2016, Erdogan made the first step aimed at restoring relations and sent a message to the Russian authorities, apologizing for the downed plane, expressing sympathy and offering condolences in connection with the pilot's death.

Ankara also started an investigation into the suspected murderer of the Russian pilot. On August 9, Putin met with Erdogan for the first time after the freeze in bilateral ties.