Russia Has Contracts on Sales of Combat Robots 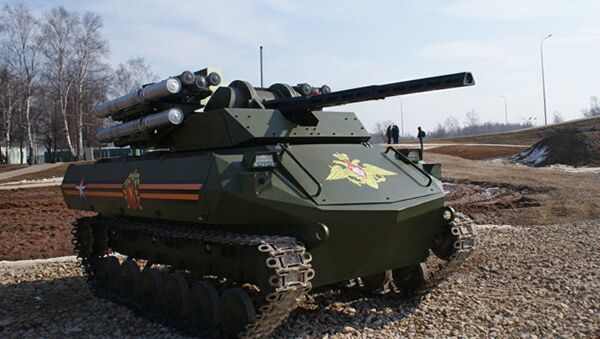 "Weapons systems with remote and fully-automated control have appeared on the global arms market, which points out at a new stage in the development on weaponry," Igor Sevastyanov said, adding that Rosoboronexport is actively involved in satisfying the global demand for these systems.

According to Rosoboronexport, Russian producers could successfully compete with foreign defense industry enterprises on the market of small and medium-sized drones and robotic security complexes with elements of artificial intelligence. Russia's Kalashnikov concern and the United Instrument Manufacturing Corporation are involved in the development of the technologies.