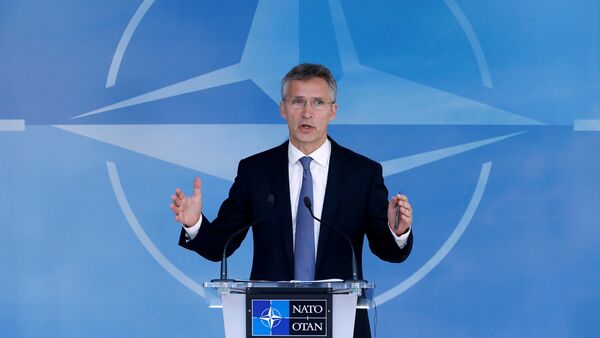 NATO Secretary General Jens Stoltenberg said that "for NATO it is not a problem" if its allies discuss different issues with Russia.

Russia Doing Everything Possible to Protect Borders Amid NATO Expansion
MOSCOW (Sputnik) – NATO is open to communication with Russia and will not prevent the alliance’s members from cooperating with Moscow, NATO Secretary General Jens Stoltenberg said Thursday

"Actually, NATO decided at our summit in Warsaw in July this year that we will keep chance open for political dialogue with Russia … Russia is our biggest neighbor and we have to talk to them, we cannot isolate them, we have to sit down and address different issues both as NATO, as allies, but also and as individual allies," Stoltenberg said.

Stoltenberg stressed that "for NATO it is not a problem" if its allies discuss  different issues with Russia.

NATO Jets Tracked Russia's Su-35 Jet's Flight Over Atlantic Ocean - Reports
Since 2014, NATO has been building up its military presence in Europe, especially in Eastern European countries neighboring Russia, using Moscow’s alleged interference in the Ukrainian conflict as a pretext. Moscow has repeatedly denied the claims and warned NATO that the military buildup on Russia’s borders is provocative and threatens the existing strategic balance of power.