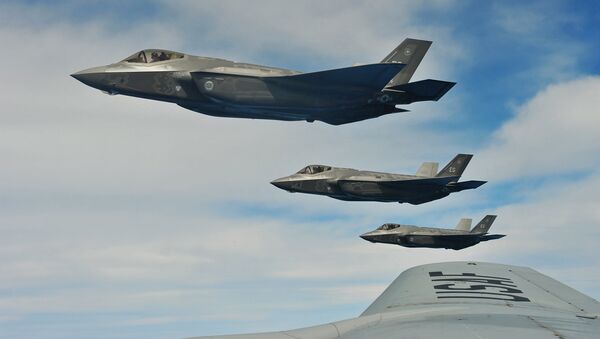 Lockheed Martin has been awarded a contract valued at over $7.2 billion to produce 90 F-35 combat aircraft for the US Air Force and Marine Corps as well as foreign countries, the Department of Defense said in a press release.

Lockheed Martin to Upgrade F-16 Jet Fleets of Morocco, Taiwan, Singapore
WASHINGTON (Sputnik) – The contract, which modifies and supersedes a previous agreement, calls for the purchase of 76 F-35A aircraft – 44 for the Air Force and 16 each for US non-Defense Department entities and foreign military sales. It also provides for nine F-35B planes to be sold to the Marine Corps and three to non-Pentagon participants. In addition, the Navy will purchase two F-35C aircraft.

The contract includes manufacturing and material-shortages redesign and management, engineering, changes to correct deficiencies between development and production stages, and customer-specific requirements, the release added.

Contract work is to be performed in the US states of Texas, California, Florida, New Hampshire and Maryland, as well as in the United Kingdom and Japan. Completion is set for March 2020, according to the release.