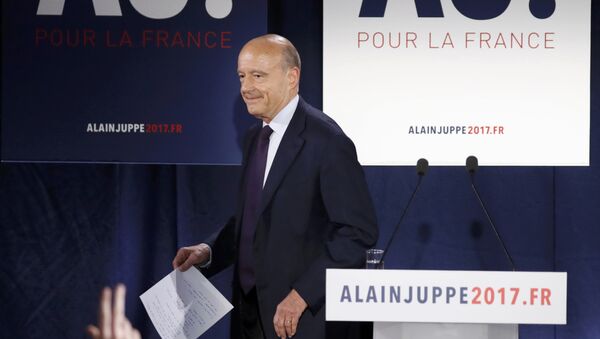 PARIS (Sputnik) –On Wednesday, Putin praised Fillon saying he was "professional to the highest degree and an honest person" who "differs much from politicians in today's world."

Juppe said on Thursday that he was "a little surprised" that Putin had chosen "his candidate."

Poll: Fillon Leads Juppe in Primary Debate
Fillon stressed that he had never seen any direct support from Putin who had also praised Juppe.

On November 24, Francois Fillon and Alain Juppe emerged as the winners of the first round of The Republicans primaries with the former securing 44 percent of center-right voters while the latter, long thought to be the front runner, ended with just 28 percent.

During the Thursday debate, French viewers gave their preference to Fillon, according to an Elabe survey conducted at the request of BFMTV.