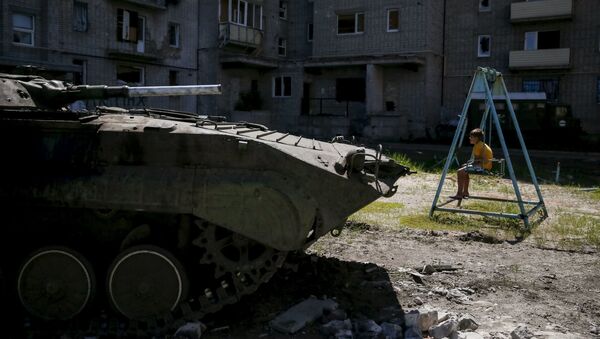 France's Fillon Calls President Hollande's Policy Toward Russia 'Absurd'
PARIS (Sputnik) – Fillon said that the both sides have to respect the Minsk Accords.

"Finally, I want Russia to respect the Minsk accords, but for that it is also necessary that the Ukrainians respect them," Fillon stressed.

In April 2014, Kiev launched a special military operation in Ukraine’s southeast, after local residents refused to recognize the new Ukrainian authorities, which came to power as a result of a coup. In February 2015, the two sides reached a ceasefire deal after talks brokered by the leaders of Russia, France, Germany and Ukraine — the so-called Normandy Format — in the Belarusian capital of Minsk. Kiev has been reluctant to implement a number of Minsk deal provisions.