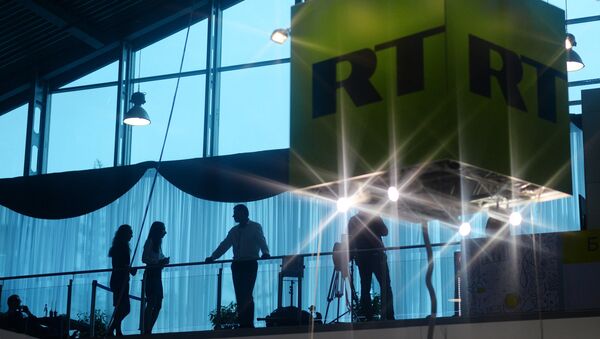 Brazil’s National Federation of Journalists (FENAJ) is concerned over a resolution of the European Parliament, seeking to counteract Russian media outlets, as it likens them to actions of terrorist groups and attempts to curtail the freedom of media, FENAJ president Maria Jose Braga told Sputnik.

MOSCOW (Sputnik) – On Wednesday, the European Parliament voted in favor of a resolution on countering Russian media outlets, such as the Sputnik news agency and the RT broadcaster. As many as 304 voted in favor the document, 179 voted against and 208 abstained. With a total of 691 officials taking part in the vote, less than half supported the resolution.

"This resolution is an attempt to curtail the freedom of media. For FENAJ, which protects professional journalists, this resolution represents an attack against media workers. Journalists become terrorists when media outlets are equated with terrorist organizations," Braga said.

According to Braga, such phrasing is unacceptable.

"We believe that all organizations in the world which specialize in protection of journalists should express their position on this issue," she added.