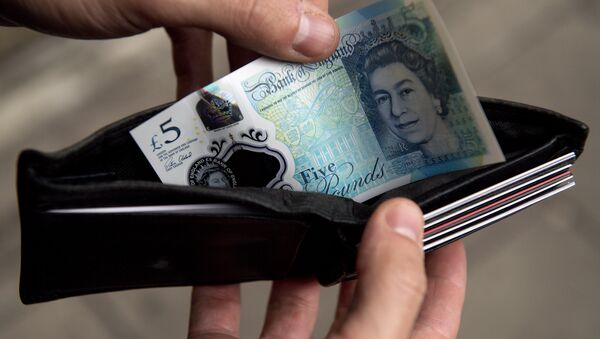 The sterling pound fluctuation is the most acute trade issue for Ireland, as 60 percent of the country's exports go to the United Kingdom, Lord Mayor of Dublin Brendan Carr told Sputnik on Wednesday.

MOSCOW (Sputnik) — Earlier in the year, the UK pound tumbled to its lowest value since the 1980s as a result of the June 23 Brexit referendum as fears of post-Brexit economic problems abounded. The currency fell from almost $1.5 per pound to around $1.3 per pound and fell further to around $1.2 per pound last month as Prime Minister Theresa May's government chose the "hard Brexit" path making EU single market access less likely.

He added that nevertheless Ireland would continue trade with the United Kingdom, as it has done "for hundreds of years" even after Brexit.

However, Ireland is keen on trying to open its borders to other parts of the world, including Russia, the Lord Mayor said.