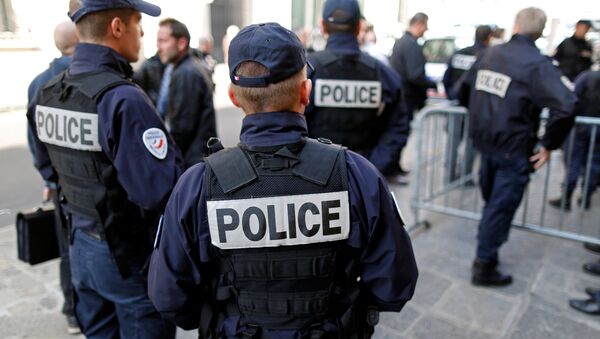 The individuals detained on November 19-20 in France on suspicion of terrorism planned to attack the building of the Central Directorate of the Judicial Police (DCPJ) in the center of Paris, French media reported on Wednesday.

MOSCOW (Sputnik) — According to the BFM TV channel, one of the suspects has already confessed in plotting terrorist attacks during questioning.

While checking the mobile phone of one of the suspects, the investigators found that the suspect had been searching the Internet for information relating to several facilities, including the DCPJ building.

Year After Paris Terror Attacks France Remains on High Alert - Lawmaker
Another building the detainees were searching for on the Google Maps was the General Directorate for Internal Security (French intelligence agency) located in the Levallois-Perret commune in northwestern suburbs of Paris.

On Monday, France's Minister of the Interior Bernard Cazeneuve said that the law enforcement agencies detained seven people in Strasbourg and Marseilles on suspicion of plotting terrorist attacks.

The detained individuals aged from 29 to 37 years old were French, Moroccan and Afghan nationals. It was later reported that two of the detainees had been released.

France remains on high alert since the November 13, 2015 attacks that killed 130 and wounded more than 350 across Paris. Daesh jihadist group, which is outlawed in Russia and many other states, claimed responsibility for the attack.