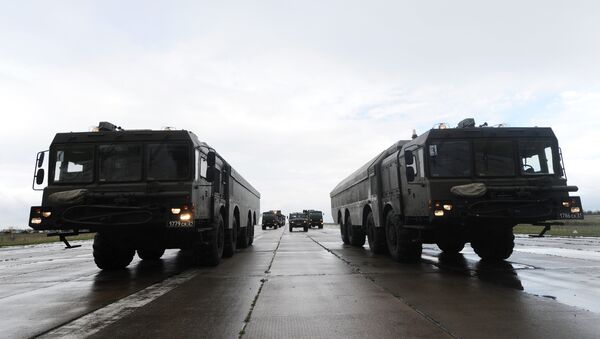 © Sputnik / Sergey Pivovarov
/
Go to the photo bank
Subscribe
The deployment of Russian missile systems on the Kuril Islands should not affect the development of Moscow-Tokyo relations, Kremlin spokesman Dmitry Peskov said Wednesday.

"Of course, this has a reason. At the same time, from our point of view, this [the deployment of missile systems on Kurils] should in no way affect the tendencies in our current bilateral relations with Tokyo regarding a very thorough preparation of [Russian President Vladimir] Putin's upcoming visit to Japan, as well as contacts and talks on peace treaty issues," Peskov told reporters.