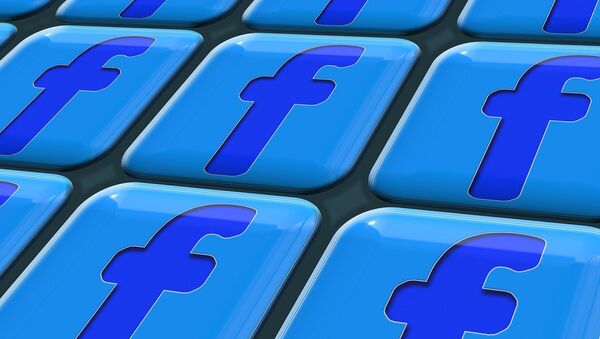 CC0 / /
Subscribe
Facebook is under fire after it was revealed that the social media giant has quietly developed a censorship tool that could persuade China to allow Facebook to re-enter the country. It comes shortly after multiple allegations that Facebook is not doing enough to suppress fake news in regions of the world where it is already free to operate.

Facebook is the world's biggest social media network, and China the world's second largest economy, with a population of almost 1.4 billion. So, the stake's are high.

Stop Fake News: Brits Want Facebook to Pop Artificial News Bubble
Facebook is seeking to overturn a decision by Beijing seven years ago, to ban the company from operating within the country.

It seems that key to this attempt is a demand by the Chinese authorities that Facebook sticks to state censorship priorities. China's Internet legislation requires all websites to filter search results and social media to block dissident posts and conversations. Those that refuse are blocked.

The New York Times has reported that Facebook has acquiesced and has developed software, which suppresses specific posts from appearing in people's news feeds in different world regions.

In effect the online tool will systematically censor users' posts.

The backlash has been vehement.

Many business and political pundits, as well as social media users themselves, fear that Facebook would become an extension of the Chinese government's attempts to suppress freedom of speech.

It also comes fresh after multiple allegations that Facebook has not done enough to combat the spread of fake news being shared on its site.

A study by Stanford University, California on Tuesday 22 November, found that young people are especially vulnerable to the influence of fake news, spread through social media.

In one assessment, more than 80 percent of students were unable to distinguish between native ads and actual news. https://t.co/za9eRnGkFV

And that's a damning revelation, due to how many people who rely on social media as their primary source of news.

A 2015 Pew Research report found that 61% of US millennials used Facebook as their most common source for information on government and politics. That's 17 points higher than the next most consumed source, which was CNN at 44%.

Facebook responded repeatedly throughout November 2016 to insist that "99%" of the news shared on their site is genuine.

Facebook is about to give China ability to block real stories and yet can't control fake news here. This should OUTRAGE us. https://t.co/EmH109tOHR

Yet, their foray into cooperating with state governments is not entirely without precedent. Facebook often complies with national rules on removing content. In France, the company agreed to remove an image related to the November 2015 Paris attacks thousands of times, to comply with French terrorism laws.

Also, another US technology organization, Google, used to be active in China, by agreeing to censor search results. However, Google changed their policy in 2010, and has been blocked by Beijing ever since.

I don't get it: If Facebook can deploy censorship-compliant software for China market, how cannot it not detect and suppress fake news?

"It's better for Facebook to be a part of enabling conversation, even if it's not yet the full conversation."

In response to the furor, Facebook issued this statement:

"We have long said that we are interested in China, and are spending time understanding and learning more about the country. However, we have not made any decision on our approach to China. Our focus right now is on helping Chinese businesses and developers expand to new markets outside China by using our ad platform."

000000
Popular comments
the z empire.
michael
24 November 2016, 06:57 GMT
000000
China is a pro at fake news which equates to govt news. Fake news is information spewed by the govt s point of view which in turn is probably a lie to begin with. The only reason govts don't want alternative news is because they are afraid of the truth coming out.