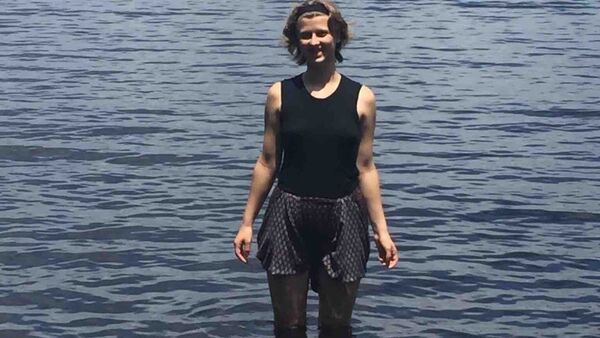 A Dakota Access pipeline activist may have her arm amputated after allegedly being hit by the projectile of a non-lethal weapon on Sunday evening, when protesters clashed with heavily-militarized police.

Police Defend Water Cannon Use on Dakota Access Protesters in Freezing Weather
During the incident, more than 300 people were injured, with 26 taken to the hospital. Activists report that police used tear gas, concussion grenades, rubber bullets, and a water cannon on the protesters, even though the temperature was well below freezing.

New York-resident Sophia Wilansky, 21, was one of the many injured as protesters attempted to break through a highway barricade constructed by law enforcement in October.

Graphic photographs of Wilansky’s injuries went viral almost immediately, as her broken bones were visible and poking through her skin, allegedly caused by being hit with a concussion grenade. Police claim that they “didn’t deploy anything that should have caused that type of damage.”

“It wasn’t from our law enforcement, because we didn’t deploy anything that should have caused that type of damage to her arm,” sheriff’s spokeswoman Maxine Herr told the Los Angeles Times. “We’re not sure how her injury was sustained.”

Herr suggested that it may have been caused by protesters, who she claims, were “rigging up their own explosives.” There were no protester arrests for explosives of any kind.

The Standing Rock Medic & Healer Council has stated that there are eyewitness accounts, and that “grenade pieces that have been removed from her arm in surgery and will be saved for legal proceedings.”

“The best-case scenario is no pain and 10-20% functionality,” Wayne Wilansky, Sophia’s father, told the Guardian.

#NoDAPL: Morton County Sheriff Says Pipeline Protests Getting More Aggressive
He explained that she underwent eight hours of surgery on Monday, as the grenade had “blown away” arteries, median nerve, muscle, and bone from her left arm. He stated that she will have additional surgeries in the coming days, but there is a risk that it will need to be amputated.

“She’s devastated. She looks at her arm and she cries,” he said.

A GoFundMe account set up to help Wilansky with her medical bills had already raised over $200,000 by 7,552 people in 19 hours.

The Standing Rock Sioux tribe is protesting the oil pipeline, pointing out that it is destructive to both sacred lands and to the environment. They refer to themselves as “water protectors” rather than protesters. They have been actively protesting at the encampments since April, and have been joined by thousands of people from across the nation.