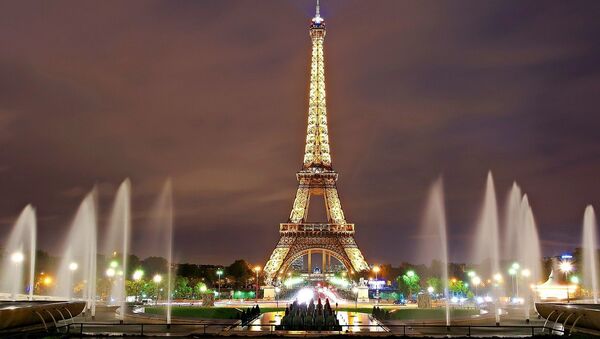 Two Qatari women have been robbed on a Paris motorway in what local police described as a 'five million euro heist', AFP reports. The robbery reportedly took place at around 9pm on Monday night. This is the latest in a string of high-stakes holdups in the famous city of light.

Gunmen Take Hostages in Store in Paris
According to reports, the two women were driving along a motorway in a Bentley from Le Bourget airport. They were forced to stop at a service station by two masked men.

It is reported that the women and their driver were tear gassed and robbed of €5 million worth of jewelry, luggage and clothes.

The driver wrote a statement for the police, and an investigation is already underway. The victims have not been identified yet. All that is known so far about the identities of the female victims is that the women are sisters in their 60s and are reportedly Qatari citizens.

The news comes after a couple of high-profile robberies that took place in the capital of France this fall.

On October 3, the American reality TV star Kim Kardashian was robbed in her apartment in Paris. Kardashian told police that the perpetrators tied her up and threatened her with a gun. The police said that the robbers took with them a ring worth around €4 million, as well as a case of jewelry worth €5 million.

On November 11, Bollywood star Mallika Sherawat and her French businessman boyfriend Cyrille Auxenfans were attacked in the lobby of the apartment building where they were staying. Police said that the woman was punched in the face and sprayed with tear gas by the attackers.

Later, Mallika Steward commented the situation in an interview with CNN.

"It's not easy to mess with me. It takes more than 3 masked men to take me down. I am a strong woman," Mallika Sherawat said.

Thank you all for your support & love during this tough time.It gives me strength and means the world to me.#grateful #appreciate 🙏🙏