US Senator Looking for Details on Trump's Conflicts of Interest 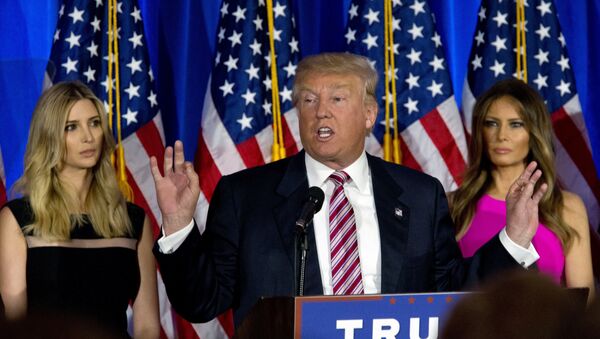 US Lawmaker Concerned About Reports of Trump Running Business After Election Win
WASHINGTON (Sputnik) — The senator said he requested answers to dozens of questions by December 5, including what guidance has OGE given to ethics officials about matters affecting both Trump and the Trump Organization; how will OGE prevent the acquisition of new conflicts by Trump and his organization; and are Trump's children and son-in-law exempt from conflict of interest laws.

"I write today to request your assistance with understanding how your office plans to address the potential for conflicts of interest in the upcoming administration of President-elect Donald Trump," Carper stated on Monday.

Carper explained the US public is unsure of how Trump can avoid conflicts of interest when the full extent of his financial interests is not known and he has never released his tax returns during the presidential campaign.

The OGE must assure the American people that Trump will be held accountable for any conflicts of interest through a strong ethics program, Carper added.