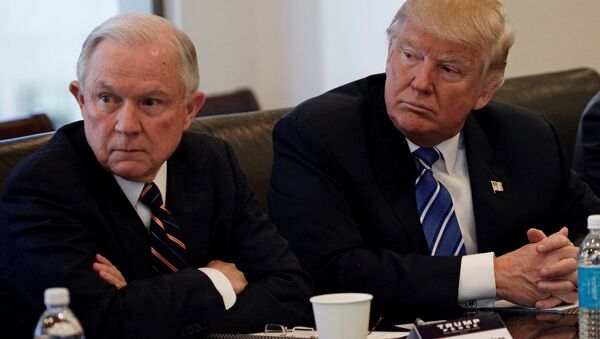 Senate Majority Leader 'Strongly Supports' Sessions for Attorney General Office
WASHINGTON (Sputnik) — Senator Sessions, who was nominated by Trump to be the next Attorney General, must execute justice without providing special treatment to the “politically well-connected,” and must fix the nation’s criminal justice system, Goodlatte stated.

“I congratulate Senator Sessions on his nomination by President-elect [Donald] Trump to be the next Attorney General,” Goodlatte stated on Monday. “Our nation’s top law enforcement officer has a solemn duty to ensure the rule of law and protect the American people by executing our laws impartially and fully.”

The representative from the state of Virginia claimed the nation’s core principals of law have come under attack the previous eight years under President Barack Obama and “must be restored at the Justice Department.”

Sessions’ nomination is still subject to confirmation by the Senate.