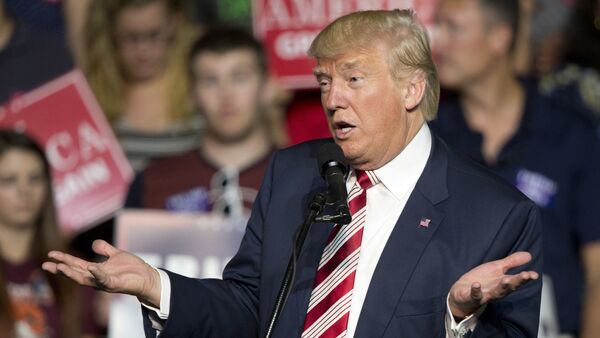 GOP Meltdown: Trump Lashes Out on Twitter After Party Revolt
WASHINGTON (Sputnik) — In an interview less than a week after the November 8 election, Trump said he would continue using social media because it could help him fight back if the media reported biased or inaccurate information about him.

Trump used his personal Twitter account frequently before and during the 2016 presidential campaign and has not stopped since becoming president-elect.

The poll had a margin of error of three percentage points.