Mitt Romney Expected to Get Nomination for Secretary of State 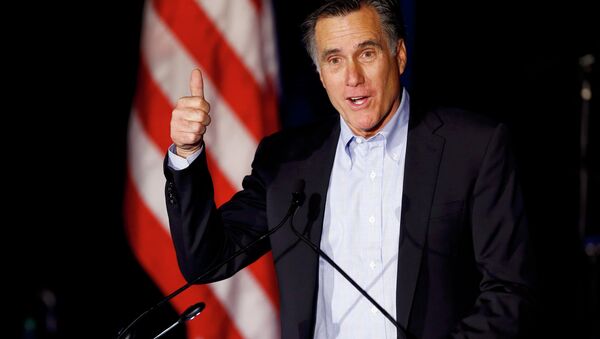 Former Massachusetts Governor Mitt Romney is at the forefront of the race for US Secretary of State, according to a media report.

WASHINGTON (Sputnik) — The Wall Street Journal reported on Tuesday that according to sources close to President-elect Donald Trump’s transition team, Romney may be asked to be his secretary of state.

Trump Might Appoint New York Ex-Mayor Giuliani US National Intelligence Chief
Romney, a former Republican presidential nominee, said he had had a very thorough and far-reaching discussion with Trump after meeting with him on Saturday.

On Friday, Trump announced his intention to nominate US Senator Jeff Sessions to serve as Attorney General and US Congressman Mike Pompeo as Director of the Central Intelligence Agency. Lt. Gen. Michael Flynn has been selected to be National Security Advisor.