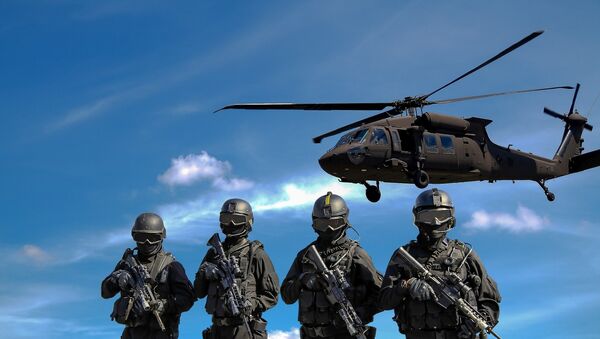 The European Parliament has voted for the controversial creation of an EU Army, as MEPs backed the benefits of the taxpayer-funded force on Tuesday, November 22.

One MEP called outright for a "military Schengen… without further delays." However, the federalized army proposal is bitterly opposed by several EU member states. In Strasbourg, on November 21, MEPs gathered to discuss the future of the defense of the European Union.

"The state of European security has grown increasingly fragile. The EU, in order to defend itself and increase security, must do more," Mr. Paet insisted.

"Tomorrow [Tuesday, November 22] the EU is voting on report. My own recommendations to spend two per cent of each member state's GDP on defense."

On Tuesday afternoon, the results of that EU Defense Union report came in: support for the creation of an EU Army narrowly passed in the European Parliament by 369 votes to 255, with 70 abstentions.

European politicians have now guaranteed at least US$522m a year in funds to set up their new EU army, which MEPs have called a "rapid response" team. It could be set up as quickly as within a year.

However, the prospect of this new EU military monolith has been long resisted and feared by military officials and politicians across the bloc.

On November 14, UK Defense Secretary Sir Michael Fallon told a defense summit in Brussels, that following the victory of Donald Trump as US President-elect, Europe must abandon plans for an integrated EU Army.

He claimed that with President-elect Trump's antipathy towards NATO, the EU, must pour more support into NATO to insure it can operate sufficiently.

"Britain will only support proposals to strengthen European security that complement NATO, not duplicate it. But loose talk of an EU Army risks undermining NATO and we will go on opposing this — backed up by many other member states," Sir Michael said.

His warnings have fallen on deaf ears in Strasbourg and Brussels, but for leaders of several EU member nations, there is similar reluctance.

Speaking on November 22 in the European Parliament, Greek MEP Konstantinos Papadakis said the prospect of an EU Army was a serious "danger," with the potential to lead to, rather than prevent, a war.

When you hear Eurocrats talking about an "EU army" ask yourself who it will fight against. I suggest it will be patriotic EU citizens.

"The creation of a European defense policy with a European army in the context of NATO represents a danger for the EU," Mr. Papadakis cautioned.

He also highlighted concerns over the concept of a "military Schengen", which would mean giving EU Army soldiers the right to move freely throughout the EU.

"The so-called ‘military Schengen' would be a dangerous development. It is a process of preparation for war in the EU."

For the UK, the vote is also a serious blow to it's Brexit strategy.

If an EU Army does now go ahead as planned, the UK will be forced to help foot the bill, because it is timetabled for operation before the triggering of Article 50.

An EU army will also be another bureaucratic institution that the UK will have to spend a great deal of manpower, time and money on extricating itself from legally, as it attempts to eave the EU.

However, just before the vote on Tuesday, Estonian MEP Urmas Paet urged his fellow Eurocrats to back his proposal.

"Cooperation among member states is occasional and Europe continues to rely heavily on NATO capabilities and on the US solidarity."

He added: "the momentum to move towards a working European Defense Policy has come."