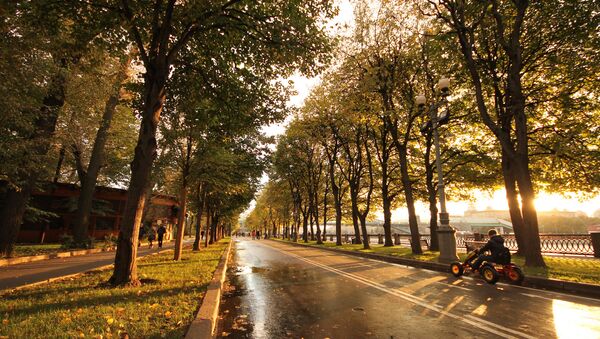 A group of Russian activists have started a goodwill movement aimed at motivating people to help one another. The project is called Bankdobra.com. Russian novelist, film director and participant of the project, Pavel Sanayev, told Sputnik about how the project was born.

“A friend of mine named Dmitry Lisin came to me three years ago with this idea and he said that he has this idea of giving a person bank note and writing something on its side stating why you are giving the bank note, saying what kind deed the person did for you and what kind of gratitude you want to express to this person,” Sanayev said.

He went on to say that after that the bank note is passed on to someone else and so the chain of good deeds keeps going.

“So we started making short films about this project and online we founded this website called bankdobra.com. Then we found an investor from Switzerland who bought 20% of the project and with the help of this money we hired very well educated web constructors who actually created this system,” the film director said.

Top-10 Most Extravagant Art Decorations in Russian Houses
He further said that for now only 200 people have known about this project because it was only launched recently.

“It is nice when someone gives you more than just words and you have from them something which actually looks like a souvenir,” Sanayev said.

The money that will be generated from this project is planned to go to charity and according to Sanayev some money from the project has already been transferred to charity.

Talking about the future of this project, he said that, “We would like to see our tickets all over the world.”