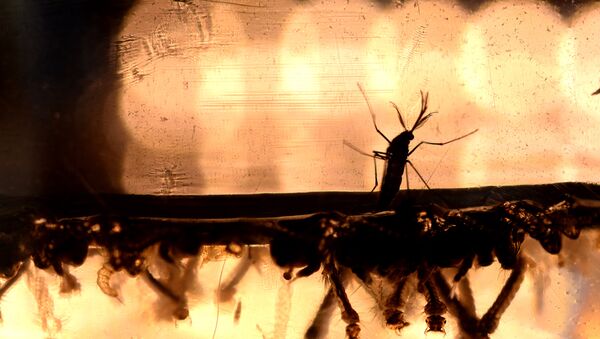 © AFP 2023 / MARVIN RECINOS
Subscribe
International
India
Africa
Over four thousand Zika virus cases has been registered so far throughout the United States, the Centers for Disease Control and Prevention (CDC) said in a press release.

Zika Virus No Longer International Public Health Emergency - WHO
WASHINGTON (Sputnik) — A total of 4,255 cases of Zika have been reported in the continental United States and Hawaii through CDC’s national arboviral surveillance system, according to the release issued on Tuesday.

The release states that 139 locally transmitted mosquito-borne cases are currently registered in Florida, 35 of them are believed to be sexually transmit.

CDC said that a part of Miami Beach zone affected by the Zika virus has been declared free of active transmission.

"The North Miami Beach-designated area is no longer considered to be an area of active Zika virus transmission," the release stated on Tuesday. "There have been no new cases of local Zika…identified in the North Miami Beach area for more than 45 days."

Earlier in November, the World Health Organization (WHO) declared that the Zika virus and its complications were no longer considered a global public health emergency, but remained a challenge.

The current Zika outbreak started in Brazil in the spring of 2015. The virus is transmitted by infected Aedes species of mosquitoes and can cause severe brain defects to unborn babies, including microcephaly.