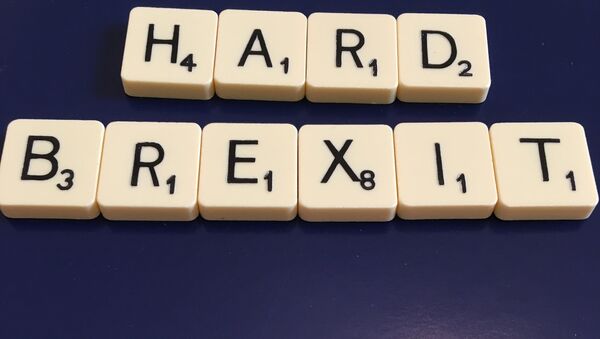 CC BY 2.0 / Jonathan Rolande / House Buy Fast.
Subscribe
The UK households lost $1.5 trillion as a result of the country’s decision to leave the European Union, a report issued on Tuesday said.

Classes to Masses: Brexit Takes Toll on 400,000 British Millionaires
MOSCOW (Sputnik) – On June 23, the United Kingdom held a referendum to determine whether or not the country should leave the European Union. According to the final results, almost 52 percent of voters, or more than 17 million people, decided to support the so-called Brexit.

"Household wealth fell by USD 1.5 trillion in the United Kingdom, as a direct consequence of the Brexit vote," the report prepared by the Credit Suisse Group said.

The Brexit vote is said to have resulted in declining exchange rate as well as stock market, which caused significant decrease in wealth. The British pound dropped by 15 percent following the Brexit vote with only two currencies having experienced a greater decline – the South African rand and the Argentinian peso.

"The stock market recovered later, but the outlook is very uncertain, both for the economy and household wealth," the report said.