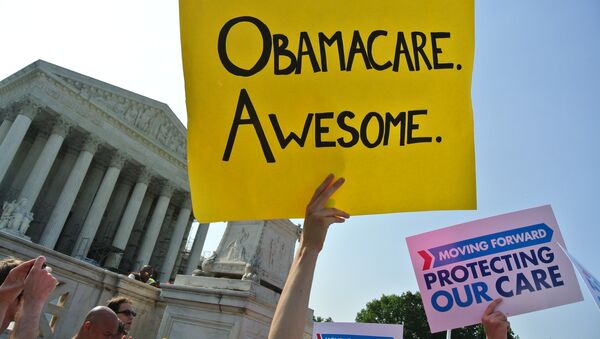 US voters expressed a variety of views on President-elect Donald Trump’s No. 1 priority when he takes office in January, with changes in the US health care law known as Obamacare leading the list for about one-in-five Americans surveyed by Pew Research Center in a poll released on Monday.

Trump's World Order: How US Foreign Policy Could Change Under New President
WASHINGTON (Sputnik) — Twelve percent of respondents named the economy, 10 percent named immigration, 8 percent said unifying the country is a most pressing issue, while another 8 percent identified jobs and unemployment as the top priority issues Trump should address as president, the release explained.

In terms of raw emotions such as "happy vs. unhappy," or "hopeful vs. pessimistic," the poll showed voters about evenly divided, reflecting a near 50-50 partisan split that characterized the presidential campaign, the poll noted.

Overall, however, vast majority of voters were surprised at Trump’s victory, including both Democrats (73 percent) and Republicans (60 percent), the poll revealed.

On the persistent issue of racial tensions in the United States, just one-in four voters were optimistic that race relations would improve during the Trump administration, the poll explained.