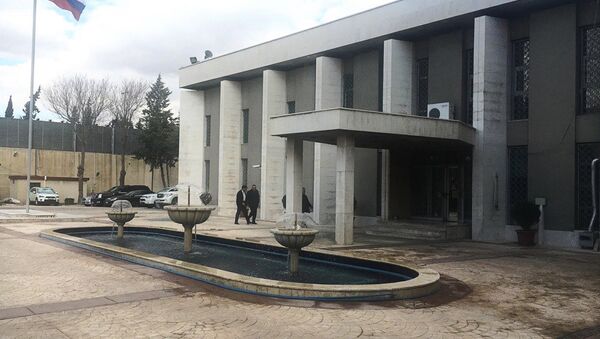 Militants' Mortar Attack Inflicts No Damage on Russian Embassy in Damascus
DAMASCUS (Sputnik) — The attack took place at 12:55 p.m. local time (10:55 GMT) and was directed from the Jobar suburb on the eastern outskirts of Damascus.

It follows similar incidents witnessed on October 31, and another attack without casualties condemned by the UN Security Council on October 28.

On October 12, mortar fire on the Russian Embassy in Damascus also caused material damage and did not leave casualties.