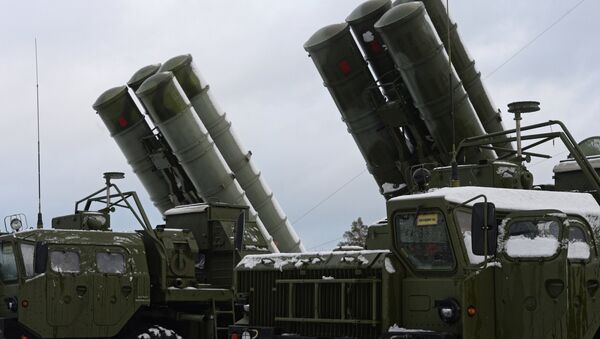 © Sputnik / Mikhail Voskresenskiy
/
Go to the mediabank
Subscribe
International
India
Africa
According to a senior lawmaker of Russia's upper house of parliament, Russia will boost it's defenses on the country's western borders to counter the US global missile defense network in Europe.

US to Spend $17Bln on Cruise Missiles in Hope to Outwit Russia's S-300, S-400
MOSCOW (Sputnik) — Russia will boost air and missile defenses on its western borders to counter the deployment of elements of the US global missile defense network in Europe which threatens Russia's national security, a senior lawmaker in Russia's upper house of parliament said.

"To counter these threats, we will be forced to strengthen our air and missile defenses in the western vector and to deploy additional means to defend the relevant command-and-control infrastructure," Viktor Ozerov, chairman of the Federation Council Committee on Defense and Security, said in an interview with RIA Novosti.

According to Ozerov, the strengthening of defenses on Russia's western borders envisions the deployment of advanced S-400 air defense systems and Iskander-M tactical ballistic missile systems in the Kaliningrad exclave in the Baltic region, as well as the deployment of new units in the Western and Southern military districts.

"We are facing two main tasks — to penetrate [Western] air defenses and ensure protection from possible strikes [from the countries that have allowed the deployment of US missiles]," the lawmaker added.