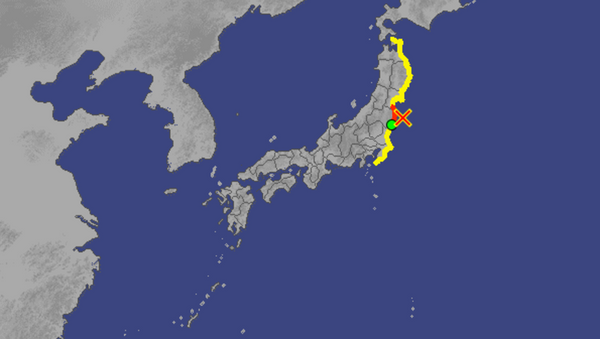 TOKYO (Sputnik) — Earlier in the day, the Japan Meteorological Agency reported about the 7.3-magnitude earthquake that hit the hit eastern part of the country's coast near Fukushima. At the same time media reported that the activities of the NPP had not been affected by the tremor.

There were 2544 spent nuclear fuel rods after the cooling system had been stopped, the Japanese Kyodo news agency reported.