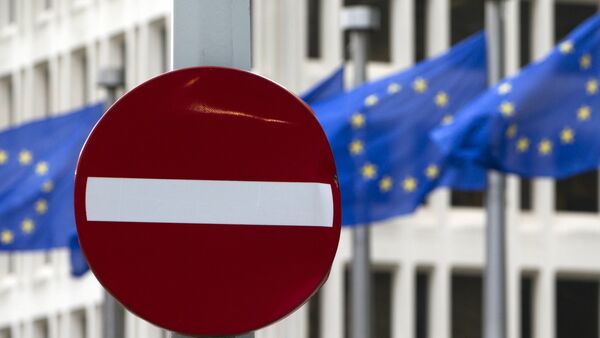 The EU leadership seems to be very anxious about the fact that some Europeans might not notice the influence of "sneaky" Russian war propaganda. Therefore, the EU politicians have something very special to offer to its citizens in order to make sure they "are aware of existing danger."

"The expert group, that includes 400 freelancers, […] sends weekly newsletters to journalists and political PR-specialists to remind them of the mayhem caused by Russia," Eekhof wrote.

According to the expert, these newsletters are used by the European Union and the European Parliament as a proof that "Russia wages a hybrid war against Europe and European values." At the same time, they also serve as legitimization of the EU's political agenda aimed at the protection against alleged Russian aggression.

The first one was created in 2011 by Prof. Dr. Petr Zantovsky with the aim of providing readers with alternative information on global political events. The second one is a conservative US media source which recently released an article on the protests against newly elected US President Donald Trump and assumed that the campaign could be organized with the help of oppositional forces.

How these websites are related to Russia, remains unclear. However, the EU task force seems to be more than eager to promote the idea of Russia's involvement in every sphere of Western life.

Big News: EU Creates Special Team to Counter 'Russian Propaganda’
Earlier, Eekhof recalled in an interview with Sputnik that the EU Parliament is set to vote on a report on countering third-party information warfare that puts Russian media and Daesh propaganda on the same level. It says that Russia is using think tanks and "pseudo news agencies" to "challenge democratic values" and "divide Europe."

The task force was established in September 2015 and is a part of the "strategic communications" sector of the European External Action Service (EEAS). The purpose of this department is to promote EU's political ideas in the eastern neighboring states, including Russia, Ukraine, Georgia, Moldova, Belarus, Armenia and Azerbaijan, Eekhof wrote.