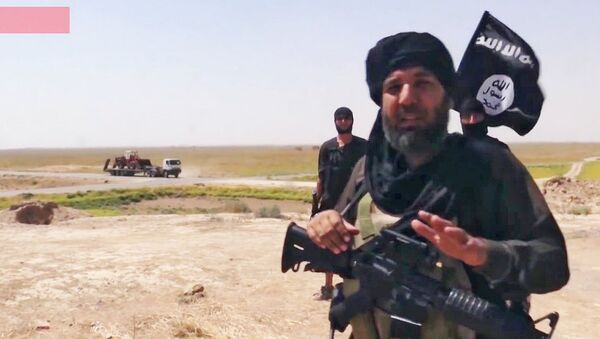 © Flickr / quapan
Subscribe
International
India
Africa
Over 3,200 Russian nationals have left the country to join the ranks of the Daesh terrorist group in the crisis-torn Syria and Iraq since the beginning of the conflict, the Russian Foreign Ministry’s director of the Department for New Challenges and Threats said.

MOSCOW (Sputnik) — According to the official, a number of these people with combat experience and ties to international terrorist organizations join criminal militant groups in the North Caucasus on their return.

"The global terrorist threat has taken a new dimension because of the emergence and activities of the IS [Daesh]. Syria and Iraq are in the thick of the group’s activities… According to our estimates, the threat [for Russia] is posed by the militants of Russian origin, who have been trained in Iraq and Syria. According to the data of law enforcement agencies and security services, more than 3,200 Russian citizens have left for the conflict zone," Ilya Rogachev told RIA Novosti in an interview.

He added that Moscow was also concerned about the "ideological expansion in the information area" carried out by the Daesh militants, which is outlawed in many countries including Russia.