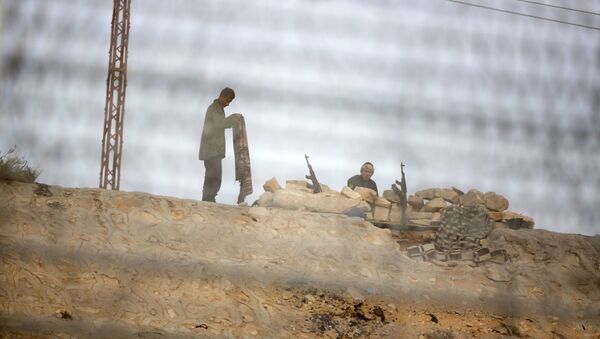 MOSCOW (Sputnik) – On Sunday, Egypt's Prosecutor General and Public Prosecution Office submitted the cases of 292 supporters of the Wilayat Sinai terrorist group, including some former Egyptian officers, to the military court. Several extremists were accused of preparing plans to kill Sisi.

"Any organization that plans an assassination looks primarily for security vulnerabilities that it could use to perform the operation, but terrorist organizations during their work they leave gaps that could lead to them, and being equipped with the necessary technological tools, the security services can gain access to these organizations and foil their attempts and plans," Allam said, speaking about the operation against the plotters.

Egypt's Prosecutors Transfer Cases of Some 300 Extremists to Military Court
He added that the situation that several plotters were former Egyptian servicemen could took place almost everywhere and could not prove the fact that the security service had been penetrated.

Formerly known as Ansar Beit al-Maqdis, Wilayat Sinai changed the name and pledged its allegiance to the Islamic State jihadist group, outlawed in a number of countries, including Russia and the United States, in November 2014.