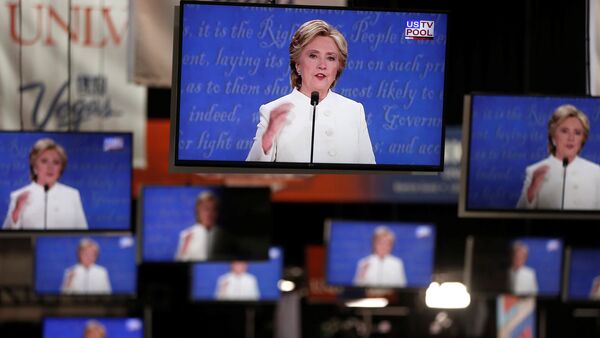 Down but Not Out: Clinton Allies in Congress Plot to Sabotage Trump Russia Thaw
The US biased media rallied around and parroted Clinton’s highly negative and divisive campaign message, Feierstein claimed, but in the end only six percent of citizens felt she was trustworthy.

The American public in the so-called “heartland” states, Feierstein maintained, were also alienated by the wealth and excesses of Clinton’s supporters among the business and entertainment elite.

Clinton frequented parties of US entertainment stars while appearing uncaring about the plight of the country’s suffering working and middle classes, Feierstein explained.

The former secretary of state shamelessly compared Trump to Adolf Hitler and claimed he was nothing more than a tool of Russian President Vladimir Putin, but her message lacked credibility, he added.

The 2016 Presidential election result revealed that the American public had rejected neoliberalism, and eight years of President Barack Obama’s policies as a minor variant on those of former President Bill Clinton, Feierstein observed.

“Neoliberalism created a $240 trillion debt tsunami enabled by the Federal Reserve which will soon end with a huge crisis,” he warned. “Today’s global bond, stock and property market valuations indicate grotesque bubbles that are ready to explode.”

US Mideast Policy Possible Factor in Clinton’s Election Defeat
Feierstein claimed that he predicted in his book “Planet Ponzi” how massive asset inflation caused by reckless US Federal Reserve policies implemented in the 1980s were responsible for the coming economic crisis that Americans now faced.

Feierstein is a British-American investor, banker and writer who has worked as a columnist for the Daily Mail and currently writes for The Independent and the Huffington Post.