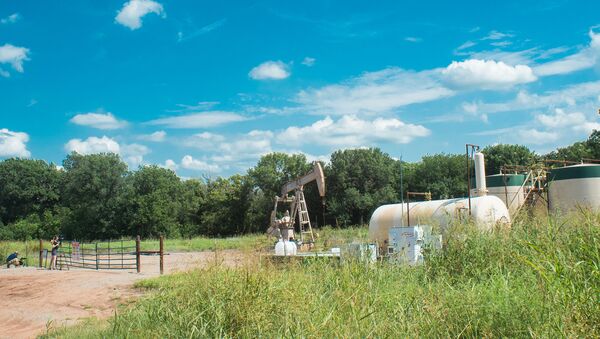 A resident of the US city of Pawnee, Oklahoma filed a lawsuit against oil and gas companies over an alleged connection between their fracking activities and the earthquake that hit the state.

MOSCOW (Sputnik) — On September 3, a 5.6-magnitude earthquake hit the area near Pawnee, becoming the strongest tremor ever recorded in the history of the state. At least one person was injured by the natural disaster.

Fracking in Western Canada Causes Most of Earthquakes in Region - Study
The lawsuit against Eagle Road Oil LLC, Cummings Oil Company and 25 John Does was filed on behalf of Pawnee resident James Adams. He seeks money from energy companies to compensate Pawnee residents for damage to private property, as well as emotional distress.