Medical Plane Crashes in US Nevada, Four People on Board Feared Dead 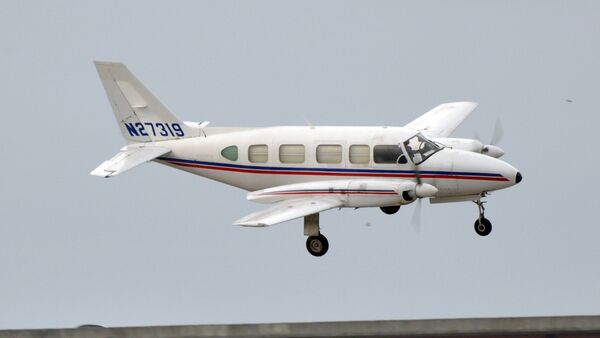 A medical transport plane with four people on the board crashed in the US state of Nevada, according to media reports.

Three Canadians Killed in Crash of Private Plane in US State of Pennsylvania
MOSCOW (Sputnik) — A medical transport plane crashed in the US state of Nevada, and preliminary reports indicate all four people aboard were killed, media reported on Saturday citing local authorities.

According to the Elko Daily Free Press, the crash of the Piper PA 31 plane occurred Friday night while the aircraft was heading for the neighboring state of Utah. The passengers on board were two doctors, a nurse and a patient, who had problems with his heart.

"There were four people on board…. It appears that everyone on the airplane died," Elko City Councilman John Patrick Rice was quoted by the media as saying.

Small Plane Crashes in US Esperance Killing 3 People
The crash, which happened shortly after the takeoff, took place at a parking lot and destroyed a number of cars, causing multiple explosions.

“There was not a lot left of the aircraft,” Elko Fire Chief Matt Griego said cited by the media.

Local emergency teams and police arrived at the scene. According to local authorities, cited by the media, the Federal Aviation Administration (FAA) and the National Transportation Safety Board (NTSB) will investigate the incident.