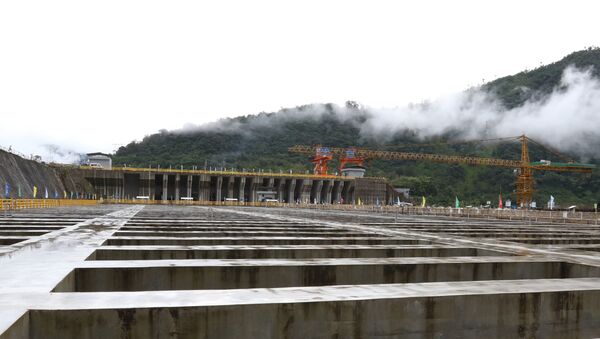 China's drive to improve trade and investment links with Latin America doesn't present a threat to US interests there because their interests are quite different, Benjamin Creutzfeldt, Postdoctoral Fellow for China-Latin American-US Affairs at the SAIS Foreign Policy Institute (John Hopkins University, US) told Radio Sputnik.

"Much of what China brings to Latin America is highly beneficial, it's well known that Latin American societies have very large, low-income groups and they benefit quite considerably from far cheaper products and that isn't competition with anything the US has offered historically or today."

Despite US concerns that China is encroaching on its sphere of influence in Latin America, "In actual fact I don't consider that China either wants to or really in any way represents a threat to US interests or for that matter anyone else's interests," Creutzfeldt said.

China's policy banks have become the largest public creditors to Latin American governments, and Chinese finance has risen sharply in recent years, from US$3.8 billion in 2012 to $12.9 billion in 2013 and $22.1 billion in 2014.

Xi Jinping Heads to Latin America to 'Fill Vacuum Left By New US Politics'
At a meeting of China and the Community of Latin American Caribbean States (CELAC) in January last year, Chinese President Xi Jinping pledged to invest $250 billion in the region over the next decade, as well as investing $20 billion in Venezuela alone.

Last year, Chinese lending was channeled into two main sectors, infrastructure and hydrocarbons. Over the last five years, three-quarters of Chinese mergers and acquisitions in the region were in extractive industries like oil gas and mining.

China has also set up a $35 billion regional fund for Latin American countries to pay for industrial and infrastructure projects like roads, bridges and railways. 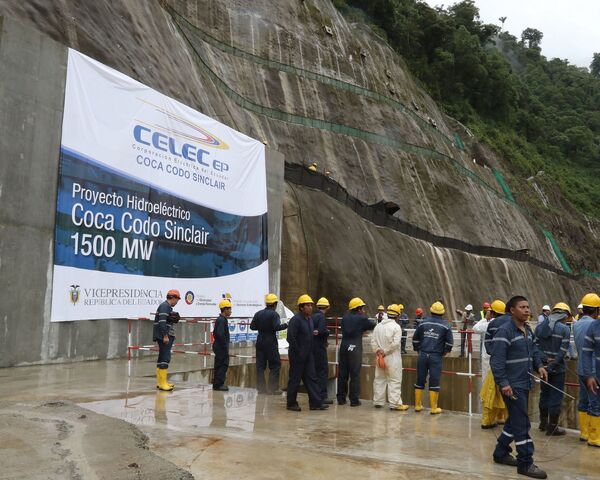 "Thanks to the investment made in energy generation made in the last 10 years, with immense cooperation from China, Ecuador now counts on 85 percent renewable energy and in 2017 we will have more than 90 percent, one of the highest percentages on the planet," President Correa said during the ceremony, Telesur reported. 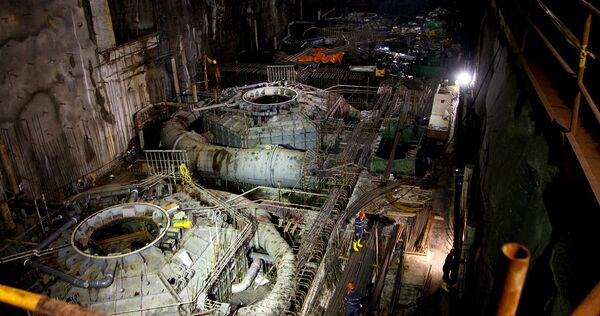 COCA CODO SINCLAIR
© Flickr / Agencia de Noticias ANDES
Xi Jinping signed nearly a dozen financial and commercial agreements with the Ecuadorian President, before traveling to Chile and Peru. The trip is Xi's third to Latin America since he assumed office in 2013.

Creutzfeldt said that countries like Ecuador and Peru have responded well to Chinese investment and have used the money not just to pay for infrastructure projects, which is traditionally lacking in Latin America, but also for educational and research facilities.

"Ecuador and Peru seem to be learning how to deal with China and how to maintain a certain independence in decision-making domestically and how to use these funds and opportunities to build something that will last, rather than just selling oil," he said.

Beijing 'Alarmed' About Trade Relations With US Amid Talk of Investment Ban
Buying iron or coal mines, or building infrastructure demonstrates China's long-term commitment to investment.

"These are mid- to long-term commitments by China, and the same goes for certain manufacturing facilities. For example in Colombia there is a Colombian-Chinese consortium assembling Foton trucks near Bogota, and that is the sort of thing that creates jobs and the sort of thing that is available through Chinese interests," Creutzfeldt said.