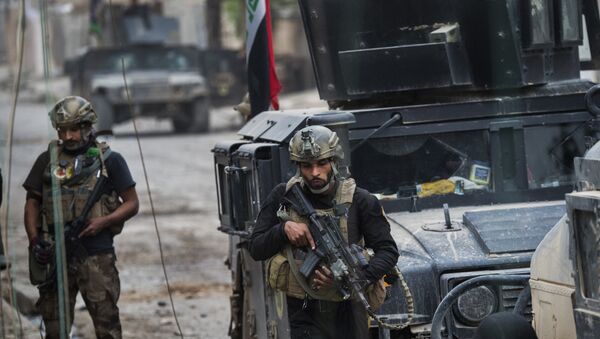 At least seven Iraqi soldiers including an army captain were killed in clashes in the country’s northern city of Mosul, local media reported on Friday.

Iraq's Mosul Military Operation Has Displaced Nearly 60,000
MOSCOW (Sputnik) – The information was reported by the Rudaw media outlet via its Twitter page, with no further details provided.

Mosul, the second biggest Iraqi city, and several other northern and western Iraqi cities and towns were seized in 2014 during an offensive of the Islamic State terror group, outlawed in Russia.