Trump May Accommodate Russia’s Aims of Expanding 'Sphere of Influence' 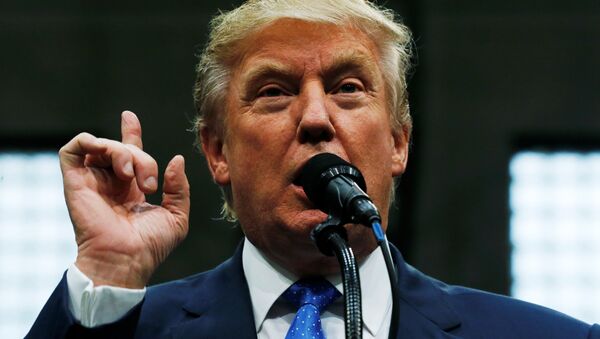 According to Fitch Ratings, US President-elect Donald Trump may be willing to accommodate the ambitions of Russia to expand its sphere of influence.

Trump May Struggle to Salvage Russia Ties Derailed by Outgoing US Leadership
WASHINGTON (Sputnik) – US President-elect Donald Trump may be willing to accommodate the ambitions of Russia to expand its sphere of influence, Fitch Ratings said in a research note Thursday.

The ratings firm also warned that “aggressive tariff policies towards China” would cause Beijing to take countermeasures that could constrict economic growth and have negative inflationary effects in both countries.

Fitch asserted that the election of Donald Trump as US president echoes the rise of anti-establishment populism seen in Europe. It said “the Trump phenomenon” may increase support for European political leaders and parties outside the traditional center-left and center-right, potentially causing conventional parties to withhold undertaking structural economic reforms.

The note said Trump’s victory could also yield uncertainty over future US policies, with possibly negative implications for other countries and their economies.

“Wide-ranging sovereign rating implications from the election are unlikely to arise in the near term,” the report noted. “But shifts in US policy can have global ramifications given the country's role as the world's largest economy and its pre-eminent diplomatic and military power.”

Trump is to take the oath of office as the 45th US president on January 20.