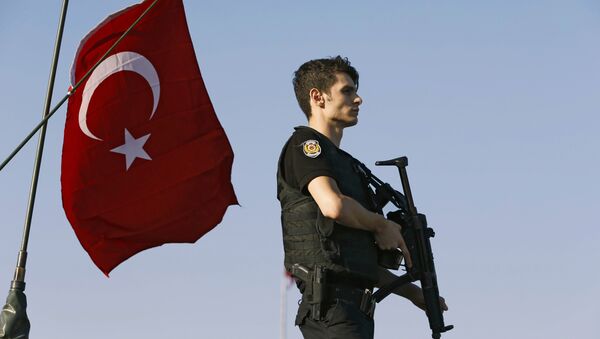 YPG's Involvement in Raqqa Offensive to Exacerbate Tensions Between US, Turkey
MOSCOW (Sputnik) — According to the Daily Sabah newspaper, two Czech nationals, Miroslav Farkas and Marketa Vselichova, were arrested in southeastern Sirnak province while trying to cross the border to Iraq.

Farkas is considered to be a sniper, while Vselichova was responsible for logistics and health services as well as the coordination of the arrival of new volunteer terrorists from Europe to Syria, the Turkish daily said.

Czech news portal Ihned, reported earlier in the day, citing Czech Foreign Ministry spokeswoman Michaela Lagronova that Prague had been aware of this incident since October 13. Some documents mentioning YPG have been seized during the arrest.

The detainees previously have made no secret over their YPG-related activities and gave a number of interviews to Czech media, the Czech media outlet claimed.