New UN Head's 'Key Priority' Must Be Eliminating Daesh, not Dealing With Assad 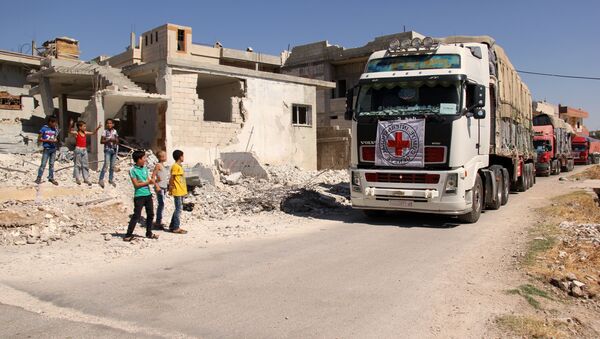 © AFP 2021 / MAHMOUD TAHA
Subscribe
In an exclusive interview with the Portuguese broadcaster RTP, Syrian President Bashar Assad welcomed the UN's humanitarian mission in his country, but urged against the UN becoming a "branch of American diplomacy."

Trump's Strategy: Russia 'Likely to Reach Compromise With US on Syria, Ukraine'
Syria's President Bashar Assad hailed the UN's humanitarian mission in his country, but said that the UN should not be turned into a "branch of American diplomacy."

He made the remarks during an exclusive interview with the Portuguese broadcaster RTP on Wednesday.

Speaking to Sputnik Brazil, political scientist and expert on terrorism Ricardo Cabral specifically touched upon the possibility of UN policy changing under new Secretary General Antonio Guterres into the direction mentioned by Assad during the interview. 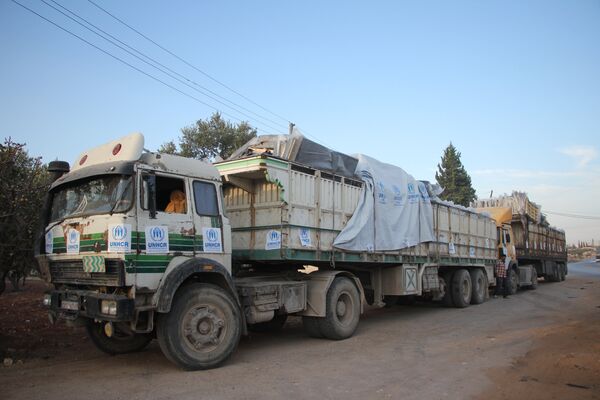 Trucks carrying aid are seen on the side of the road in the town of Orum al-Kubra on the western outskirts of the northern Syrian city of Aleppo on September 20, 2016
© AFP 2021 / Omar haj kadour

Cabral said that Guterres will have a positive influence, but added that he should be given time to see how far he can go, mainly in connection with the new Administration coming to power in the US.

Cabral also called for signing a comprehensive treaty on the issue related to humanitarian assistance in Syria.

"What we currently see is that the delivery of humanitarian aid helps terrorist and rebel groups to resupply. Many fear this assistance adds to fuelling the war instead of supporting the population," he said.

According to him, ridding the world of terrorism remains a key priority to ensure security in the world.

"Terrorism, mainly spread by Daesh (ISIL/ISIS/Islamic State), is now not only to the Middle East, but also in other regions of the world. Our priority should be the elimination of the Islamic State, not the issue pertaining to Bashar Assad's authority, something that should be discussed at the negotiating table," Cabral said.

Assad, for his part, expressed hope during the RTP interview that the future UN chief Antonio Guterres would facilitate the cooperation on solving Syrian crisis between the UN members, especially between the United States and Russia.

Isolating Raqqa: What's Behind Pentagon Changing Its Anti-Daesh Tactic in Syria
Syria's civil war between government forces and numerous insurgents, including opposition groups and terrorists, such as Daesh and Jabhat Fatah al Sham (also known as al-Nusra Front, or Jabhat al-Nusra), both outlawed in multiple countries around the world, has been tearing the country apart for some five years and has claimed hundreds of thousands of lives.